The Taxes in the Netherlands 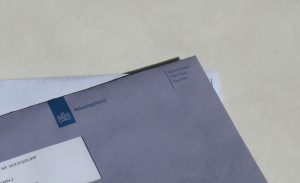 The taxes in Netherlands are a bit peculiar, but basically there is income tax and property tax. This document provides a brief overview of taxation, also considering the tax ruling.

The best source of information that I found is the belastingdienst itself. While their English webpage is a bit limited, their dutch webpage works very good with the chrome’s translator. Also the structure is quite clear and easy to navigate, albeit it may become a bit tedious. In the following I try to provide a summary. For extended information, you can always see belastingdienst. And you can always use my calculator page

Attention! Beware that this document has no legal validity: if you have doubts contact a tax advisor.

Be warned: The tax office looks at you. They know who you are and what you do. And like any other country, tax evasion is punished. If they catch you, you will be heavily fined. It is better to be transparent and do as you should from the start than messing around.

Like many other countries, in Netherlands you must do your tax duties each natural year. The tax declaration period is usually on the second quarter of the year, for the exercise of the previous year.

The Dutch taxes are divided in three different sections, called boxes, depending on what they affect:

It should be pointed that dutch taxes are worldwide applicable. If you are getting paid by another country or you have belongings in a different country, they should be declared in Netherlands. The only exception is when you are partial non-resident due to the 30% tax ruling. In that case, only your immovable assets in Netherlands (real state) are taxable. In any other case, there are also double taxation benefits, contact with a tax advisor to get some tax discount.

Also a key aspect in Netherlands is that there is no capital gain tax. It does not matter if you are able to multiply the money, it is only considered how much money you have or how much you earn by working. However, the belastingdienst can decide that you are actually working in your investments, and hence they should be considered as work income.

This box includes the income from all (labor) sources. That means that not only your normal job is taxed, but also any other sourcee of income like online sales. The only income that the belastindienst considers exempt is job carried out for free, where only costs are reimbursed. For instance, helping some friend to do the house flooring. Beware that unlike other countries, any income, even if is occasional, should be declared.

With a taxable income of…

The 30% Tax Ruling basically stipulates that 30% of your income will be tax free, hence, your taxable gross income becomes 70% of your stipulated gross income. To calculate the tax brackets you should use the reduced gross.

Attention Beware that to be able to have the 30% tax ruling fully applied the minimum gross income should be €38.347.

by applying the 30%TR, your taxable income becomes 35,000€. Therefore you will have a direct discount of 30% of your taxes.

You can see that it is very beneficial to have the 30% tax ruling, specially for salaries reaching the upper bracket. That is the reason why some groups suggested to block the application of the 30% Tax Ruling to the higher bracket. At the end, government decided to apply a less fair rule, and reduce the lenght of the 30% tax ruling to 5 years, regardless of how many years you had it agreed and promised for.

Note: The benefit is even bigger, as it also affects the tax breaks, driving your taxes even more down.

If you want more details about the box 1, you can always check the belastingdienst work page.

This box includes the income from business in which we have a relevant stake, for instance because it is our company or because we have a majority of the stocks. I will not elaborate about this box as it is out of the scope of this page: if you are running a business either you already know about these things or you have an advisor who can inform you better that I could.

Like other countries, Netherlands also taxes assets. In this box we should consider money in bank accounts, investments and properties (excluding main home). However, your movable properties (cars, boats, etc) are not taxed in this box, they have their own separated tax.

There are three important exemptions in this box:

In Netherlands you have to pay 30% tax on the savings/investment return, but instead of using the real return, they calculate a fictitious return. Up to 2016 they estimated that you could achieve 4% return. Lately they created three disks, with which they estimate how much return you can get. Full information in belastingdienst box3 page.

The official three disk table for 2020 is the following:

If you are single and you have…

Not everything had to be bad news. As the taxes in general are quite high, there are some tax discounts that you can benefit from, depending on your particular situation. There are several reasons and several sources of tax credits, for instance, having little income, being a worker or having a certain age.

The two most usual tax credits are:

it applies by being in a payroll. The calculation can be a bit complex (see belastingdienst’s explanation page), but it can be simplified if your labor income is above 21430€. In that case, the tax credit reaches a maximum of 3819€, that reduces at 6% of the labor income above 34954€, reaching 0€ with a yearly income of 98604€

Numbers will be different if you are due retirement soon, or you have any other special situation. To know the full details, you should check the general belastingdienst page for tax credits, contact them or talk with a tax advisor.

If you are having medical expenses beyond your own risk, you may be able to deduct them as well. And if your income is low, you may even get a ‘modification factor’ that may make your expenses virtually free.

BEWARE that Some limitations apply:

For instance, having a tooth implant (let’s say 2000€) while having a 500€ dental insurance, would allow you to deduct 1500€ in yout tax declaration. You can see the details in zorgwijzer page(use translate) and also in belastingdienst’s page.

BEWARE!: You have 5 years to correct old tax declarations, so if you did not do it for previous years, still you can ‘fix’ it!

Also, the belastingdienst can request you to do a tax declaration at any time. For that they will send you a a letter in a blue envelope to your mailbox. If that is the case, you cannot refuse, and you should present your declaration before the deadline pointed in the letter.

Do not trust phone calls or emails, in some countries that has become a quite famous scam. Belastingdienst will definitely contact you via mail if they have any requirement. And in any case, you can always call one of the official belastingdienst numbers.

Doing a standard tax declaration is quite easy, with the DigiD you just need to go to “mijnBelastingdienst” in belastingdienst page and fill the requested data. In fact, belastingdienst will have already most of your data prefilled, you just need to ensure that data is correct with the yearly summary (jaroopgave), both from your employer and your bank statements. And as usual, google chrome does a good job translating automatically the page.

The M form, the first year declaration and the magic cashback.

When you move in the Netherlands, and you start working, the company will start the tax calculation as if you had been working with that same income from the start of the year. That means that your tax bracket is wrong, and you paid way more taxes than what you should (we are talking >1000€, depending on when you start exactly).

However, as it is the migration year, instead of doing a standard tax declaration you have to fill in the M-form. The good news is that you have a deadline of 5 years to present the M-form, and you are not likely to be fined, as it often leads to a cash back from the tax office. On the other hand, filling the M-form is an almost impossible task for non-Dutch speakers, as the form is only available in paper, it is over 40 pages and it is in Dutch.

My advice here: ask a tax advisor what your tax return would be and then file the M-form if it is beneficial for you.

A typical issue that we will find is that any extra payment has heavy taxes. That is a common issue when transforming unused holidays into cash or when receiving previous year bonus. While it could be that the company applied the highest tax bracket (51.75%) to that payment, often what occurs is that there is a tax re-adjustment due to the new yearly amounts. What does it mean?

As the taxes are calculated for a full calendar year, all calculations were done as of 1st January with your ‘expected’ salary, that is without bonus, holidays nor salary increases. When you get bonus payments then:

When I chose to do an M-form, I started evaluating different possibilities. I thought of doing the M-form myself, but belastingdienst told me that I could not do it (sic). In view of that, I decided to search for tax advisors.

I found a very famous expat webpage offering tax advisor services for 400€. After browsing their prices I could see that they are overly expensive, charging 50€ for a DigiD request. Obtaining a DigiD is something that you can do in less than 5’ from a computer.

After seeing that, I decided to inquiry other four tax advisors. One quoted me 200€, another 250€, a third one did not even bother to reply my emails. Finally, I selected one that provided good customer service and quoted 150€ including VAT. They took care of everything and I could solve everything through email, I didn’t even need to move from home.